Evelyn’s Water: The Woman Who Sang with Ferlin Husky by Philip Burgess 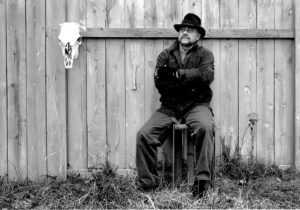 Burgess tells the eventful life-story of Evelyn, a woman-child who came out to eastern Montana in 1911 and, at the age of fifteen, married a homesteader named James Moore. After enduring numerous pregnancies, the loss of multiple homesteads, living off of borrowed land, and enduring crop failure after crop failure, Evelyn launched a one-woman letter-writing campaign to convince the government to build an irrigation project for the area. In desperation, she wrote to Eleanor Roosevelt who replied immediately, and two weeks later the project was begun. It was about this time that Evelyn had the last of her eleven children, all of them born at home, and only four of them with a doctor present.