Opening our Eyes to Iran 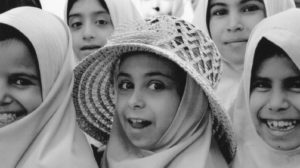 In 2008 and 2009 Sam and Ruth Neff led groups of 20 or more travelers to Iran, several from the Flathead Valley.  The groups traveled to Tehran, Esfahan and Shiraz, with a short stop in the mountain village of Abyaneh.  As well as seeing ancient buildings and monuments, everyone was able to interact with many Iranians in a spirit of friendship and unity.

Also in 2008, Rick Steves traveled to many of the same places in Iran, filming the PBS documentary “Rick Steves Iran”.  The presentation will include parts of the documentary, supplemented with pictures and descriptions by the Neffs.

The trips were sponsored by the organization, Neighbors East and West, which was established in 1986 to foster friendship among peoples of nations in conflict.  For further information visit. http://Neighborseastandwest.org