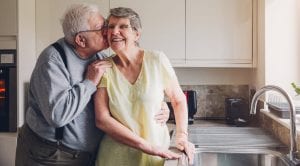 The Second Year After a Loved One’s Death

For more than 25 years, I served as a psychology professor and researched grief and bereavement. I consulted and taught individuals, couples and families to meet the demands that chronic illness exacts, to build safety nets and resilience in the presence of stress, and to create space for the problems that the loss of a loved one brings. I was widely published, including a well-received book (Life After Loss:  Contemporary Grief Counseling and Therapy), and produced professional audio and video recordings on end-of-life and palliative care.

Throughout, I struggled with the truth that my wife lived with a genetic cancer syndrome causing chronic health concerns, including multiple presentations of vicious cancers over the course of 33 years. She was as well-educated as I; we met the challenges of her illness with state-of-the-art treatment and care, including two decades of participation with the National Institute of Health’s research projects related to Lynch Syndrome.

In the summer of 2016, she began to fail for no apparent reason. Her research teams and physicians had no explanation, nor could they offer any further course of treatment. As she lost energy and strength, I became more alarmed.

The principal investigator of her study told me, “Jack, she has outlived this disease longer than any of us ever expected. She is a medical marvel and there is nothing further that we have to give. It may be time to call in hospice.”

One of her gifted practitioners, a neurologist, suggested that her body “just had enough,” which he termed idiopathic metabolic myopathy, diagnosed when the body unexpectedly stops translating nutrients into chemical energy.

They were right. Her body was exhausted and said “No more!” She died over the course of five weeks as an in-patient in a local hospice, attended to by personal and loving friends with whom we had worked over the years.

The Process of Grief

I arrogantly thought I was ready for my wife’s death. But it took me no time to realize that the experiential nature of grief is very, very different from academic study or clinical facilitation of others through the process. My spouse, lover and favorite playmate was gone. For years, I had taught that the process of grief does not change a person as much as it reveals another part of the self. What I quickly learned is the understanding of myself as student, professor and scholar had little relevance to living as a 61-year-old man whose wife of 38 years had died.

Much has been written about the natural process of grief. Those in the presence of loss are taught to stay in motion, however that looks personally, and to talk about their feelings of the impact caused by the absence of the deceased. Much is made of the first year following the death of a loved one. There is such focus to understand and explain the loss and come to terms with voids created by the absence of the deceased.

Meeting the markers of the “firsts” such as holidays and birthdays are places for attention, coupled with the erroneous belief that getting over such hurdles will lead to an easier acceptance of the loss.

Little is discussed of the second year, when those who grieve begin to assume a new identity reflecting new circumstances of life. The second-year experiences surprise us in that our loved one will always be absent, yet somehow present. Personally, I became uncomfortably aware of the discrepancy between the world that is now and the world that was.

The Sadness of the Second Year

Sadness is more than an abstract feeling. It penetrates the source of a person’s being and emerges when there is nothing, nothing, nothing to do except live with the loss. It is about resignation and invites one to turn attention inward, to take stock and to adjust.

For me, sadness continues to fine tune my memory in order to tolerate the good, bad, and ugly of my marriage. Over time, sadness has become a bass note to the day-to-day music of my life.

Time has a different meaning. Like all of us, I rely on chronological and sequential time to stay in the rhythm of the day (I have a young friend who calls this “the default world”), but in this second year, I live in what I’ve learned is kairos time, when an hour can be forever, a year a moment. I don’t understand this very well, but trust that time as we typically know it is not real. It is neither an event nor a thing, but a human-mind interpretation of a sense.

For some strange reason, I believe that I can simultaneously grasp the past in memory, the present by attention and the future by expectation. This is the oddest experience and more than a little squirrely.  Life goes on in a linear way, so for many of us grieving the loss of a loved one, the second year forces us to face the harshness of loneliness because the social support of others fades.

In grief, it is never a good idea to curl up into a ball and wait for the will to live to pass away, as appealing as this thought may be. Better, acknowledge the loss and the truth that things do change.

Companionship counters loneliness. While I miss the companionship of my wife, I want the company of others. Such proximity allows an honoring of her spirit, rather than focusing on my intellect. The presence of others bears witness to the struggles of life.

Realize, with “real eyes,” as Rockland, Maine spiritual director Deirdre Felton says, “Doors are opening. Doors have closed. Take a breather and spend time with the new chrysalis that will hatch in its own time, with a new version of yourself, still who you are, but now somehow different.”

Jackson Rainer is a board certified clinical psychologist who practices psychotherapy with individuals and couples at the Care and Counseling Center, Atlanta.  He is a Professor Emeritus of Psychology with the University System of Georgia.
Finding Purpose in the Time of the Coronavirus
Careers In Caring